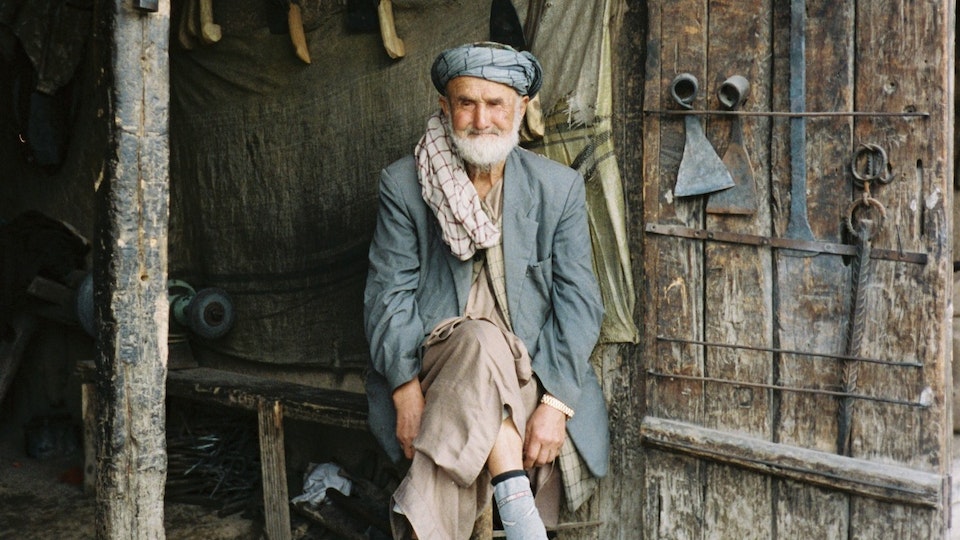 When I was offered the chance to draw in Afghanistan with the 16 Brigade I jumped at the opportunity to see a part of the world I had only read about.  At the same time I was at Kingston University in 2006 admiring other hillustrators work from the past. Many of them I learned had depicted ‘war’ as a subject. In fact, through out history War and Art had been coupled together.

As it turned out ‘drawing war’, as I imagined it, was not what I would be doing in Afghanistan.

For two weeks in September 2006 I drew in the British and American bases from Helmand to Kandahar to Kabul. And although it frustrated me not to be allowed to the frontline (with good reason) my subject became more and more relevant as the time passed.

Whilst the filmmakers and photographers documented the action at the ‘Forward Operating Bases’ I drew British soldiers waiting to go to war. Cleaning their guns, sitting around, training, on guard – waiting.  This was not as sensational as I had imagined war to be. This was not Don McCullin in Vietnam or Ronald Searle in a concentration camp in 1942 in Japan.  However it did represent the majority of time spent by soldiers in our armed forces.  A record of their time served. Something that the news at the time failed to do.

Eight years later I finally had the chance to go back to Afghanistan but this time without influence or protection of the military. However still with the objective of drawing.

The timing of my arrival could not have been worse with daily explosions in Kabul. A trend emphasized by the imminent end to foreign occupation and the uncertainty exasperated by not having decided on a government or a cabinet.

That said over the next few weeks as I moved around Kabul, Herat and Takhar Province. I discovered that regardless of foreign occupation, regardless of functioning ministries in the capital - life, by enlarge continued as normal.

As I drew the Chahar suk, the old market in Herat early one morning people bustled around me. One man came up behind me and suggested I moved a little. I was standing in his spot on the pavement, which he used to polish people’s shoes.  A rather aggressive policeman, who we later found out was called Aziz, kicked children out of the way as they crowded around to see what I was drawing.

As time went by Aziz began to realise his lack-luster clips round the ear were futile and a broad smile appeared on his face.  He gave up and his officer came out with tea and the Afghan equivalent of boiled sweets.  Ten minutes later I was drawing him on guard, ironically pulling an even bigger crowd.

A week earlier I had been in Takhar province I was with a charity called Afghan Connection who provide schools for girls and boys. I arrived at the gate, snow tipped mountains looking down on us. The girls dived for their veils, covering their faces and burying their heads in their books.   Slowly but surely they appeared, some were braver than others.

There was not enough space inside the classroom so this week they were sitting their exams outside. Perhaps the most beautiful exam room in the world. It was brilliant to see - Girl’s education is often high on the list of subjects to discuss in Afghanistan not least because it wasn’t always a priority for families.  In Worsaj Province however it clearly was and much to the benefit of everyone.

Back in Kabul I had been drawing with Police District 10, who work across much of central Kabul. Sulwar was a young policeman who had been told to stand beside me whilst I drew the checkpoint. Back at the police station I managed to communicate to him that I’d like to draw him and he lay on the top bunk whilst I did. I don’t think he really wanted to face this way either because his feet were near the pillow or because his feet would be facing Mecca.  But when we all realised this would be almost impossible to explain to each other, as we shared no common language, he did it anyway. This is perhaps an example of the things people will do for strangers in Afghanistan. Twenty minutes later he was cooking me lunch, which we shared in the office.

Quite often I come back from a country like Lebanon or Syria or Afghanistan and I feel I might be disappointing editors or colleagues, friends or family by not having endless stories of adventure and near death.  ‘Any close shaves?’ is the question on most people’s lips after they say ‘good to have you back’. As an illustrator it is not my intention to be caught in this situation.

As it happened the three weeks I spent in Afghanistan in November and December 2014 were the start of a continuing diary of violence. Daily explosions, fighting inside Camp Bastion and attacks on western NGO guesthouses were all ongoing. As was life on the streets and in the homes.

These drawings purposefully show life a pace back from the violence: People washing for prayers, shopping, farming, building, living and learning.  I believe at this stage, for Afghanistan, this is a far more important narrative than the story of war - regurgitated.  One that perhaps if we concentrated on more would benefit Afghanistan in the long term.