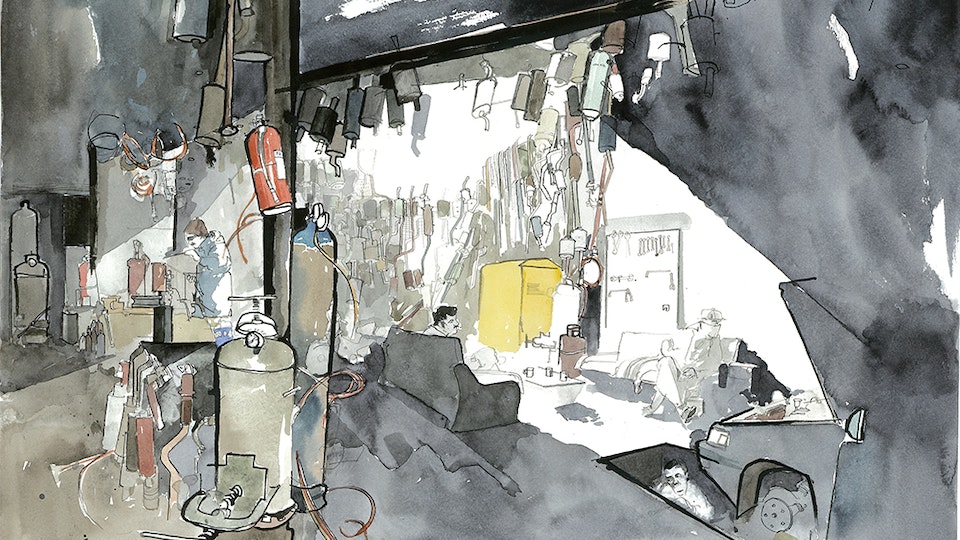 AFTER THIRTEEN YEARS OF FOREIGN OCCUPATION

Eight years ago, I visited Afghanistan as a guest of the British army. For two weeks, I drew soldiers in the British camps in Helmand and Kabul. However, I was aware that, outside the foreign fortifications, ordinary life continued for most of Afghanistan. Towards the end of 2014, I had a chance to go back and see this for myself. These drawings are of the places and the characters that I found.